Please see our updated post, to show our solidarity with the city Labour councilors, who we have for many years worked in partnership with.


This Morning , Bob Price Leader and Deputy Leader Ed Turner of Oxford City Council invited us along to a Labour Group Meeting at County Hall as they see us as being part of the same political family and thought it would help in the meeting, but the Oxfordshire County Councilors took a very different view and asked us to leave.

We were asked by Cllr Price and Cllr Turner to put forward the concerns of our Members/employees and residents from the the City Council. BUT upon arrival we had the door initially shut in our faces!! David and myself, are not only Senior Trade union officials of the branch, but also Labour party members and supporters, we were disgusted that the Oxfordshire County Labour Party could behave in such away, they seem to forget that the Local elections are nearly upon them and this does not help if they are seeking re-election!! we were told in no uncertain terms that they were not prepared to listen to our concerns at this time, regarding their proposals for One Oxfordshire.
If this is the way that they treat their Trade Union Supporters and members and not forgetting their total disregard of the view of the residents in Oxford!!! then how on earth are they going to represent the views of the whole of Oxfordshires residents should their bid be successful! they certainly don't want our respect that's for sure!!! 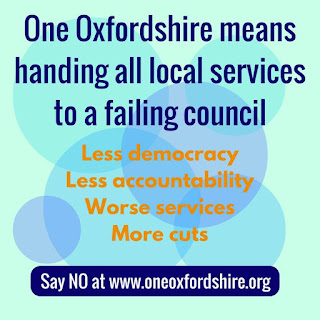 Email ThisBlogThis!Share to TwitterShare to FacebookShare to Pinterest
Labels: One Oxfordshire