UNISON condemns the Labour Party's suggestion that public service workers should accept more pay freezes and pay cuts as "a slap in the face".

Labour's misguided statement comes at a time when it is predicted that 700,000 jobs will be lost in the public sector by 2017, two thirds of whose workers are women.

"I've been a Labour party member for many years and this has come as a slap in the face" said Wendy Nichols, joint vice-chair of UNISON's Labour Link.

Ms Nichols, a Labour councillor in Selby and a member of the Labour party since 1984, added: "I remember canvassing for Labour at the age of nine with my parents. And this has really shocked me."

She was joined in her anger by Margaret Wilkinson, also joint vice-chair and a longtime member of the Labour Party, who commented: "Many hundreds of thousands of low-paid women working as carers, classroom assistants and in other local government jobs have already suffered two years of pay freeze - and none of us got the £250 that Osborne promised to help the lower paid.

"Now we have our own Labour leaders saying they would support even further pay freezes. Not only are UNISON members shocked by this, but so are Labour party members.

"The two Eds need to be out there arguing for fairness, not following in the tracks of the Tories. We will make sure the party leaders get the message loud and clear."

UNISON general secretary Dave Prentis said that in the past year, Labour has struggled to get its message across and show that there is an alternative to the coalition's savage cuts in public services.

"Our members need hope and a reason to vote Labour. These have been snatched away," he said.

"We were told by Ed Miliband to be patient, to prepare for the long haul, that their economic plans needed to be careful, cautious.

"We hoped that as the economy worsened, Labour's voice would get louder, more strident, more forceful, and that Ed Miliband would step up and speak out against the tearing apart of communities and families as they face insecurity and uncertainty.

"But at a time when our members needed him most, he panicked and ditched overnight a policy that challenged the coalition. Instead, he has decided to embrace a Tory pay policy that hits millions of public service workers, particularly low-paid women."

Accusing the Opposition leader of "breathtaking naivety", Mr Prentis added: "His comments will have unintended consequences. At a time when hard working families are struggling to make ends meet, the very party which they want to stand by them, has chosen instead to play cheap politics with their lives."

UNISON's relationship with Labour is governed by our democratically elected national affiliated political committee. They will meet to determine the best way to ensure that the Labour Party leadership properly reflects the views of UNISON members, the wider Labour Party membership and those who support Labour.
By Branch Office - January 18, 2012 No comments:

UNISON To Continue To Negotiate

UNISON activists have voted to give the union's negotiators the green light to continue discussions with government ministers on changes to public sector pensions.

More than 250 key elected national, regional, rank and file activists met at UNISON's headquarters on 10 January to discuss the details of the proposals for the local government and health pension schemes.

The decisions were taken by the six relevant service group executives made up of elected lay members.

They agreed to the frameworks negotiators have developed with government ministers since 30 November.

General secretary Dave Prentis said: "UNISON is a democratic union, and in today’s consultation, our elected activists from every service group in the local government pensions scheme endorsed the framework proposals we have negotiated, paving the way for more in depth talks.

"Our health members gave their support to talks on the NHS scheme entering a final phase, due to end in late January. When we have a final offer, we will take it back to members in a full ballot.

"Our action on 30 November got ministers back to the table, since then we have made some real progress. No contribution rises in local government until 2014 will be a real boost for many families that are hard hit by the pay freeze, and struggling to cope. The overwhelming majority of NHS scheme members won’t face contribution rate rises in 2012.

"We will continue to campaign to secure the best possible deal, which our members will then be consulted on. Should negotiations fail, our industrial action ballot, which remains live, gives us the option to take more strike action.”

Negotiations on the local government scheme are due to run until April 2012.

Until we have a firm offer, we need to keep up the pressure.


Oxford City Branch of UNISON will post there view after the next Branch committee
By Branch Office - January 10, 2012 No comments: 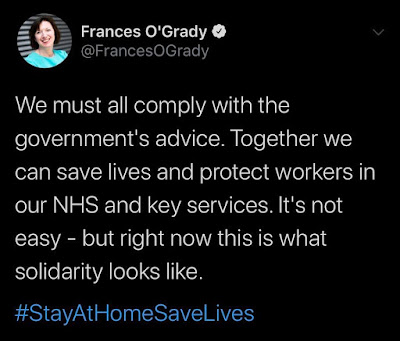