Hands off our pensions! 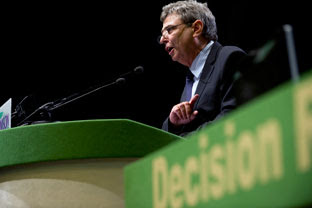 While some other unions took strike action in June this year, UNISON was one of the unions who held back while negotiations continued. We've been patiently waiting for 8 months now. As Dave said this morning, "there comes a time when we say 'enough is enough'".

Here are the key issues to remember when you are called upon to place your cross on the ballot paper in the next few weeks:

It's time to say "Enough is enough!" HANDS OFF OUR PENSIONS!

Please make sure you receive your ballot paper, by updating your details on-line.