Communities secretary Sajid Javid will deliver his verdict on unitary proposals in Buckinghamshire, Dorset and Oxfordshire “as soon as practicable”, the Department for Communities & Local Government has told LGC. Announcements had been expected soon after the general election, but were put on hold after the Conservatives failed to secure a majority. Since then the new parliamentary arithmetic has made it harder for ministers to force contentious reorganisation proposals through.
Local government sources close to the discussions have told LGC they believe the Future Dorset plans – which would create two unitaries from nine councils - stand the best chance of being approved, due in part to there being the greatest amount of consensus among the councils involved. In early June, prior to the election, LGC reported that DCLG had recommended to the prime minister that Dorset’s reorganisation bid be approved and were awaiting a decision from Number 10. However, an intervention by sceptical Christchurch MP Christopher Chope (Con) was said to have led to a decision being delayed. Rebecca Knox (Con), Dorset CC’s leader, said: “We hope to get an announcement this autumn, following parliamentary recess.”
There is less optimism in Buckinghamshire that a decision on competing proposals for either a single county unitary or two unitaries is imminent.
Martin Tett (Con), leader of Buckinghamshire CC, said: “We continue to believe a positive decision in favour of a county unitary would significantly advance some of the key strategic initiatives, such as the Oxford to Cambridge corridor and the expansion of Heathrow, but this uncertainty is undermining the success of these areas.”
A DCLG spokesperson said: “The secretary of state is carefully considering the proposals submitted by Buckinghamshire, Dorset and Oxfordshire, and will announce an initial decision on how he is minded to proceed as soon as practicable.”
The comments come as two district councils in Devon have been told to file their application to merge by October or risk ministers running out of time to approve it in this parliament, in line with a 2019 deadline for government to sanction reorganisation bids set out in the the Cities & Local Government Act 2016.
South Hams DC and West Devon BC, which already share managements and services, propose to merge from April 2019 to help to close projected budget gaps by 2020 of £800,000 and £1.1m respectively.
Merging would save an extra £500,000 a year and form a council would coverinf 789 square miles, making it the second largest district by size in England,  a report for both councils stated. However, the report added there was ”no current appetite locally for a unitary council in Devon (and the unitary agenda is not currently being pushed by central government)”.
A Devon CC spokesman said the council would ”watch and listen to the discussions with interest”.
However, the report warned both districts must proceed rapidly: “If the councils do not submit their proposal to the secretary of state in October 2017 (to allow time for ministerial consideration and for making the relevant regulations by July 2018), then the DCLG has advised it is very unlikely that there will be sufficient parliamentary time for consideration of any single-council proposals during this parliament because of the government’s Brexit commitments.”
A DCLG spokesman said: “Parliamentary time is a factor in the timetable for any potential council mergers.”
Forest Heath DC and St Edmundsbury BC are expected to apply this autumn to merge as West Suffolk, while Suffolk Coastal and Waveney DCs have already expressed their intention to unite as East Suffolk. Taunton Deane BC and West Somerset DC have also applied to merge but Bridgwater and West Somerset MP Ian Liddell-Grainger (Con) is a vocal opponent of the plans.
John Fuller (Con), District Councils’ Network chair, told LGC: “It seems that the secretary of state will require unanimity [for mergers and unitary proposals] not just from the councils involved but local MPs. Councils cannot assume they alone will be the only decision-makers as the views of local MPs will also carry great weight.” 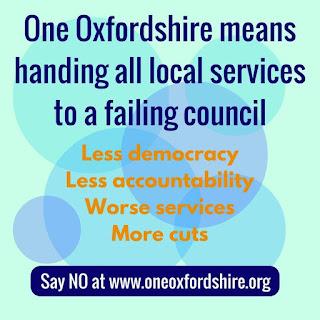 World Mental Health Day is observed on 10 October every year, with the overall objective of raising awareness of mental health issues around the world and mobilizing efforts in support of mental health.
The Day provides an opportunity for all stakeholders working on mental health issues to talk about their work, and what more needs to be done to make mental health care a reality for people worldwide.
Keep checking back for updates, or Click Here for more info. Or read the my GAP July 2017 Newsletter.

What can be "banter" to one person may be upsetting to somebody else. Cyberbullying should be taken just as seriously as any form of workplace bullying.

You can view our guidance page here Click to watch ACAS video
By Oxford City Branch of UNISON - August 14, 2017 No comments:

Would you like to be more active in your branch?

Would you like to become more active in your Branch? We are currently recruiting stewards and workplace reps!

All that's needed is the desire to help others. All training provided at no cost to you! Our TU recognition agreement assures paid time off for training necessary to fulfil your UNISON role! 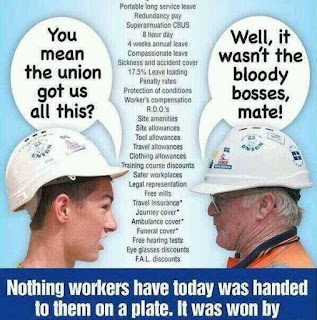 UNISON represents people employed in all areas of local government.

Who are our members in the local government service group

The local government service group welcomes members who are employed or contracted by organisations including:

Service groups give UNISON the knowledge of issues specific to our sectors and in turn, service group members have access to union benefits tailored to their job. So if you experience problems your UNISON representatives will be able to help, in part because they know the issues affecting your sector from first-hand experience
When it comes to professional development, the union can tailor our courses to workers in specific sectors so that UNISON members can continue improving their skills.

Members are elected by an annual ballot to UNISON’s local government service group executive who decide on policies and activities. The annual local government service group conference is where decisions on priorities and policies relating to UNISON members are made.
Contact your local UNISON branch to discuss ways you can get involved
By Oxford City Branch of UNISON - August 13, 2017 No comments:

The Spring Edition of Reporting Pensions is now available containing the latest news and updates on the Local Government Pension Scheme.

Do you have a NHS dentist?


Get £500 of dental cover with the NHS plan exclusively available to UNISON members and their families. Get money back each time you visit your NHS dentist, meaning no more costly treatment bills. Plus as an exclusive offer, join today and get immediate cover.

Back to School Loans

Apply now and you may have a chance to win one of three exciting cash prizes!
Interest starts at 1% per month and you only pay interest on the outstanding balance! You can even pay your loan off earlier at no extra cost.

*Terms and conditions apply.
Lending is subject to status. This promotion is valid until 31st August (incl). Members must apply and be approved a loan of at least £500 to be eligible. Three winners will be selected randomly on 5th September and will be notified by email. The prizes of £100, £75 & £50 will be paid on the same day (5th September) into members’ bank accounts and will take 3-5 working days to clear.

The government must fund local councils properly to keep communities safe and rebuild the country after the pandemic. Unless ministers ...